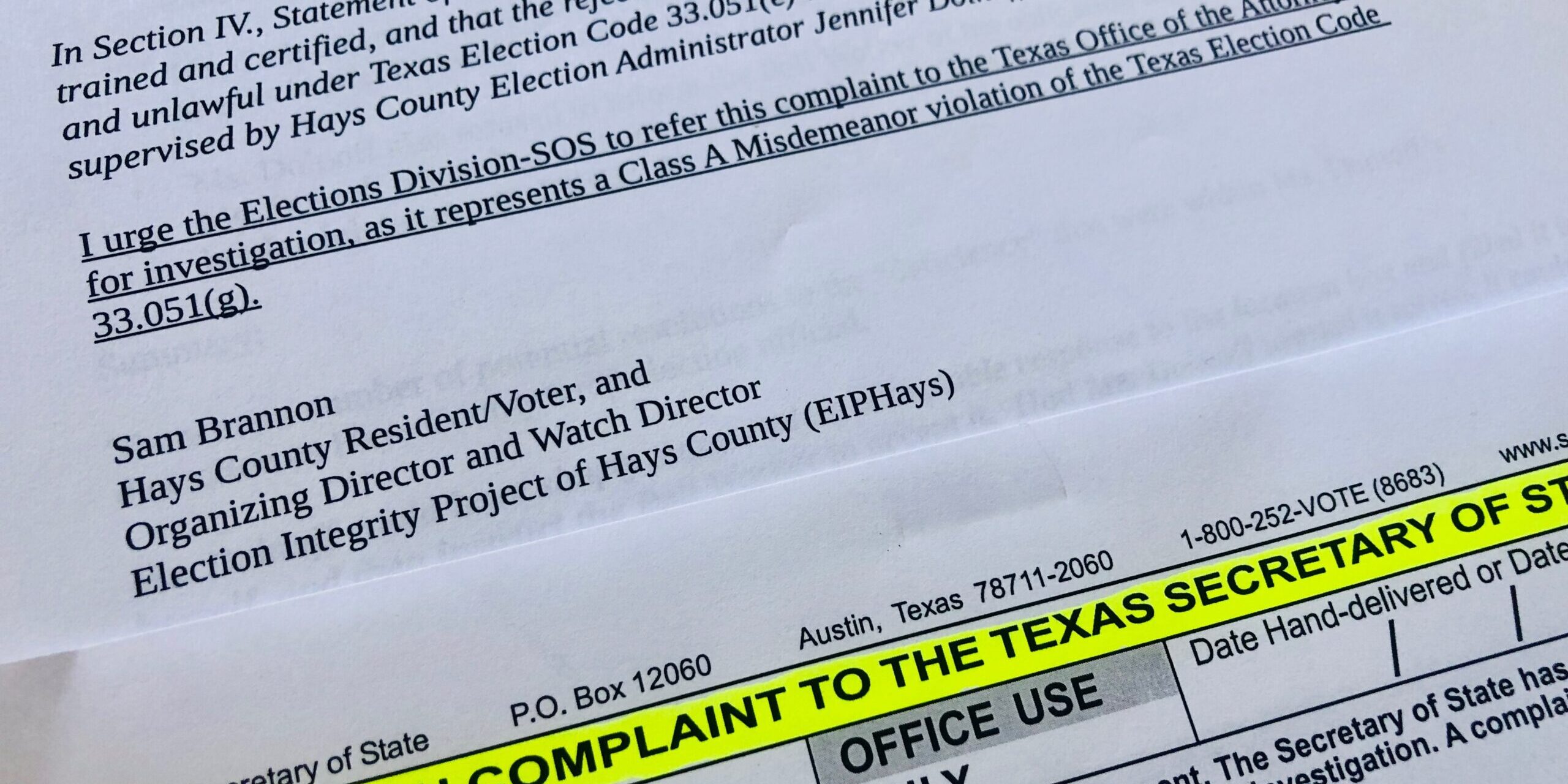 The Election Integrity Project of Hays County (EIPHays) LOVES its volunteer Poll Watchers.  We spent hundreds of dollars and hundreds of man-hours finding, gathering and training Poll Watchers for the 2022 Primaries.

In addition to the required online Poll Watcher training and certification provided by the Secretary of State’s Office, many of our Poll Watchers attended hours of additional training by a third party (the Texas GOP), and then attended 2 hours of Advanced Poll Watcher Training delivered by EIPHays.  On average, our volunteer Poll Watchers spent about 8 hours preparing themselves to be professional and to properly perform the required duties.

Overall, everything went great, and we were even receiving positive feedback from the Poll Judges/Workers and other Hays County staff for our level of preparedness and professional approach.  But on February 23, 2022, we had a Poll Watcher rejected under the supervision of Hays County’s Election Administrator Jennifer Doinoff on what we believe was an absurd, unsolvable technicality.

Thankfully, the State Legislature has provided protections to Poll Watchers and made it a criminal act – a Class A Misdemeanor – to unfairly reject a Poll Watcher, and that is the nature of our complaint.

Has this been the only instance of the rejection of a Poll Watcher, we probably would have let it pass and just addressed it with the Elections Administrator, Jennifer Doinoff, except that:

The meat of the complaint is in Pages 1-7, the remainder is supporting documentation.

Look for another complaint regarding the 2022 Primary Runoff.  Its coming.

Getting Ready for November 2022

We had 12 trained Election Watchers for the 2022 primary election and runoff.  We’re hoping to have 30+ for November.

If you would like to participate in either program, let us hear from you through our Contact Form here, or send an email to our Watch Director Sam Brannon at [email protected]  Please include your name as it appears on the county voter list, your voting precinct, and your phone number.